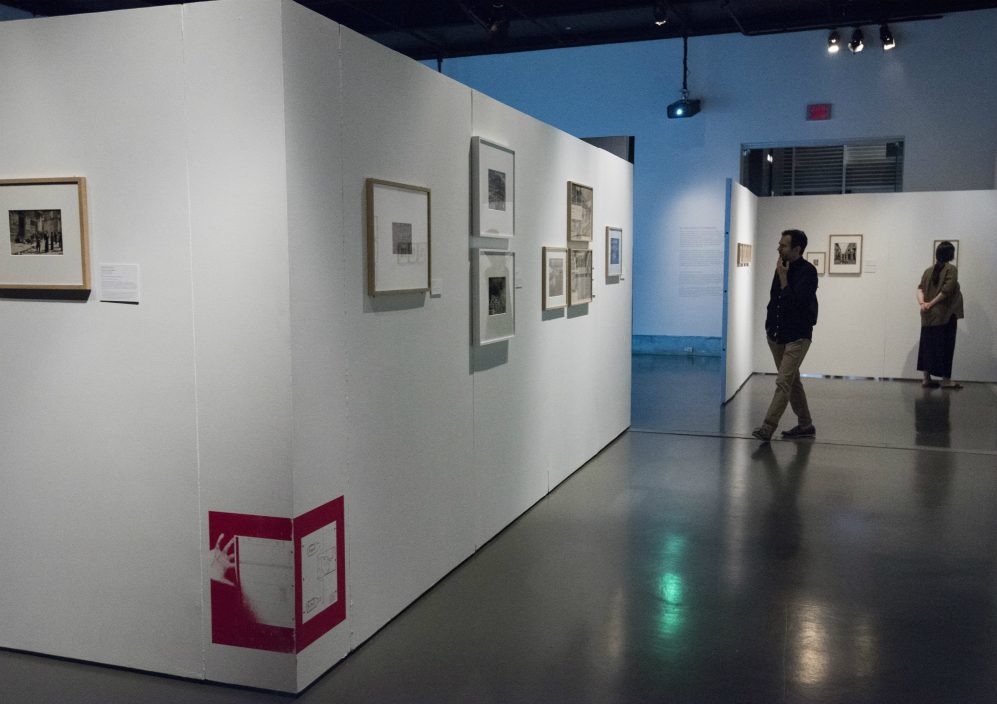 Uprisings is a cross-disciplinary exhibition on the theme of collective emotions and also political events where they involve crowds of people in revolt. It will be about social disorder, political agitation, uprisings, rebellions, revolts, revolutions, racket and riots – disturbances of all kinds. In order to anchor the project in the Canadian historical and political context, the Montréal version of the exhibition will be enhanced with archives, press photos and contemporary works by Quebec and Canadian artists.

Uprisings interrogates the notion of the representation of the peoples in both the aesthetic and the political senses of the word “representation”. The exhibition is based on theoretical and historiographical work carried out by Georges Didi-Huberman over a number of years, notably in a series of books entitled L’œil de l’histoire [The Eye of History], the later volumes of which deal with the question of “peoples on display”, and with emotion – given that emotion needs to be included in a work of political anthropology. The notion of uprising will be dealt with through various media: writers’ manuscripts, paintings, drawings, engravings, photographs, and films.

The version of the exhibition Uprisings presented in Montreal will be enhanced by Quebec and Canadian content to anchor the project in the historical and political North American context that is ours. In addition to the touring works, about fifteen documentary photographs, more than fifteen contemporary works and various archival documents speaking directly to or evoking various uprisings that have shaken our society (Sir George Williams University case, 2012 student strike, Idle No More, abortion rights, Africville, Corridart, etc.) From the desire for emancipation of French-speaking people from Québec to indigenous struggles to feminist and anti-racist claims, the added content, without pretending to be exhaustive, intends to suggest the plurality of struggles that animate us.

The integration of Canadian content was carried out by Louise Déry, Guillaume Lafleur, Ariane de Blois and Katrie Chagnon (for the conference), with the complicity of Georges Didi-Huberman. Anne Philippon and Philippe Dumaine coordinated the implementation. The technical staff of Galerie de l’UQAM and Cinémathèque québécoise, under the direction of Louis-Philippe Côté, Johane Lévesque, Philippe Chevrette and Claudine Viens, contributed to the scenography.

LSQ video clips
Video clips presenting the main texts of the exhibition in Langue des signes québécoise (LSQ) will be shot. They are available online (see links below) and in the exhibition halls using digital tablets.

Guided tours
An interpreter in Langue des signes québécoise (LSQ) or American Sign Language (ASL) can be made available to groups wishing to visit the Uprisings exhibition with people who are deaf or hard of hearing. Please contact our staff as soon as possible, given the time required to book interpreters.

Simultaneous LSQ interpreting at events
During the following events, interpreters will be present to translate the presentations and exchanges to Langue des signes québécoise (LSQ)

Born in 1953, Georges Didi-Huberman is a philosopher and art historian. A lecturer since 1990, he currently teaches at the École des Hautes Études en Sciences Sociales. In 2015, the Theodore W. Adorno Award, which recognizes outstanding contributions in the fields of philosophy, music, theater and film, was awarded to him. Starting 1982, Georges Didi-Huberman has authored fifty books and essays mixing philosophy and art history, such as L’Œil de l’histoire, composed of 6 volumes published between 2009 and 2016. Since the exhibitions Atlas. Comment porter le monde sur son dos?, successively presented in Madrid, Karlsruhe and Hamburg in 2011, and L’empreinte, organized at Centre Georges-Pompidou in 1997, Georges Didi-Huberman has been the co-curator, with Arno Gisinger, of the exhibition Nouvelles histoires de fantômes at the Palais de Tokyo, Paris, in 2014.

Uprisings is one of the 200 exceptional projects funded through the Canada Council for the Arts’ New Chapter program. With this $35M investment, the Council supports the creation and sharing of the arts in communities across Canada.

Invitation to the exhibition in Langue des signes québécoise (LSQ)