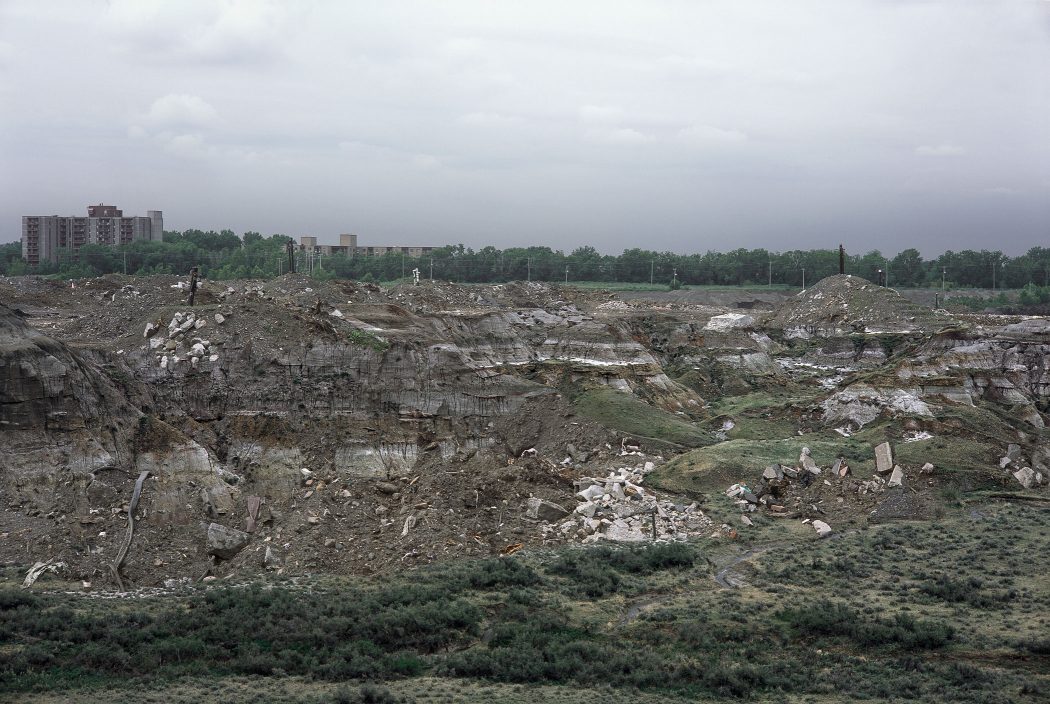 This body of work relies on theme of the construction site, a recurring motif in Isabelle Hayeur’s work. For Hayeur, such sites can be read as a metaphor for hybridity and conjunction, as places where human undertakings meet nature, and rearrange it. In the video work Vertige, a sweeping view of a landscape and its horizon line quickly draws the eye to teeter over an open-air strip mine. As we plunge into the scene, the viewer is transported into a ground-scape that shifts and flows. Created using photographic shots of an open-air asbestos quarry in Black Lake, Québec, the video reveals a fascination with deserted landscapes – those that transform into a potent abyss. We see the landscape becoming a construction site.

The photographs that make up Hayeur’s Excavations series (2005-2007) are made from reorganized shots of suburban construction sites and images showing geological layers that underlie architectural structures of any kind. The series was shot in the fossil-rich Badlands region of Alberta, areas that act as a repository for natural history, and that were considered sacred to the First Nations peoples who  them. The construction site becomes a way of negating this history, since its logic is to take possession of the land and erase the landscape.